⭐
Crossfield Larry (Monmore D1)
Arran Dunn's classy sprinter produced an enormous effort to force a dead-heat. A talented rival stole a march on him out of the boxes, but he chased hard and showed fine speed to join her on the line. A return to open-racing may beckon but he is worth following regardless.
⭐
Dinner Christos (Romford A8)
Having just his third race, and also returning from an absence of more than seven weeks, Katie O'Flaherty's pup broke well and rode general first bend crowding to briefly show for the lead at the second. He was ultimately no match for the strong-running favourite but ran well.
⭐
Forest Swift (Harlow A7)
After absolutely falling asleep in the traps and being the last into the first bend, Di Jinks' charge made up good ground to get into contention. He did not enjoy a smooth run but ran on well only to have just too much to do. Hopefully his 5.16 split will prove a one-off mistake.
⭐
Glasheen Jose (Central Park B2)
An August pup having her fourth four-bend start after three sprint victories, she showed good early pace to take it up after a bump at the first bend only to be crowded again at the second and passed by a strong runner. However, Mark Fenwick's charge stuck to her task well.
⭐
Heathlawn Nellie (Doncaster A4)
Debbie Calvert's bitch has been finding at least one too good over 450m and had to settle for another minor role on her first start over 483m. However, the manner in which she stayed on from halfway to finish on the heels of the leaders in third bodes well for her prospects.
⭐
Moaning Jenner (Crayford A7)
Darren Whitton's pup again ran well in defeat and is adapting well to the level. He suffered early trouble by which time the winner had gone beyond recall but chased hard. Although well beaten and should soon add to his five career victories which have come in just 14 starts.
⭐
Ranches Bandit (Towcester A2)
Running for the first time in a month and on debut in the grade, Mark Wallis's dog showed he can cope at this level as he ran well to finish runner-up behind the favourite. He did not get the clearest of runs until the second bend so mark the run up.
⭐
Vinegarhill Lass (Henlow A4)
Already has six wins in 13 starts and latest near-miss when bidding for a hat-trick suggests there will be more to come. Jason Bloomfield's bitch broke level and showed good pace up to get round in front and battled on well until collared by a strong-running kennelmate off the last.
⭐
Wonky Winola (Hove A5)
Norah McEllistrim's early-pacer led and was beaten again, but conditions were notably against him. On a testing and slow track, she was always going to be vulnerable close home and a strong-running rival nabbed her on the run-in. Quicker conditions next time would suit. 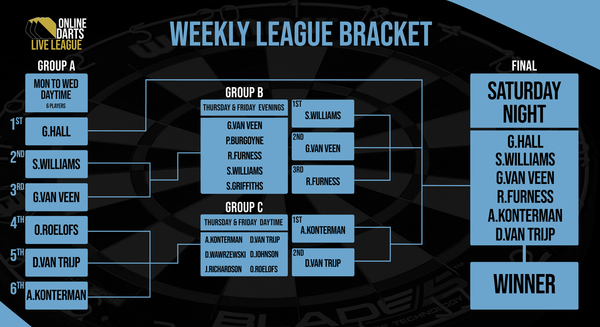 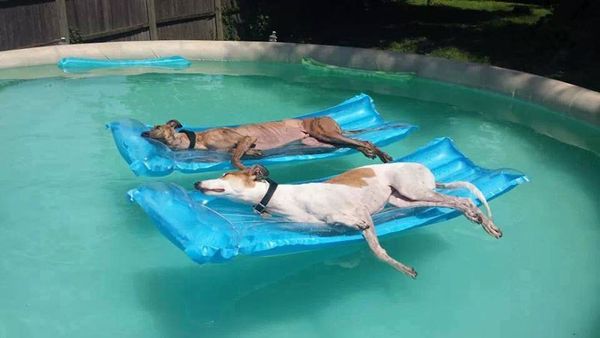 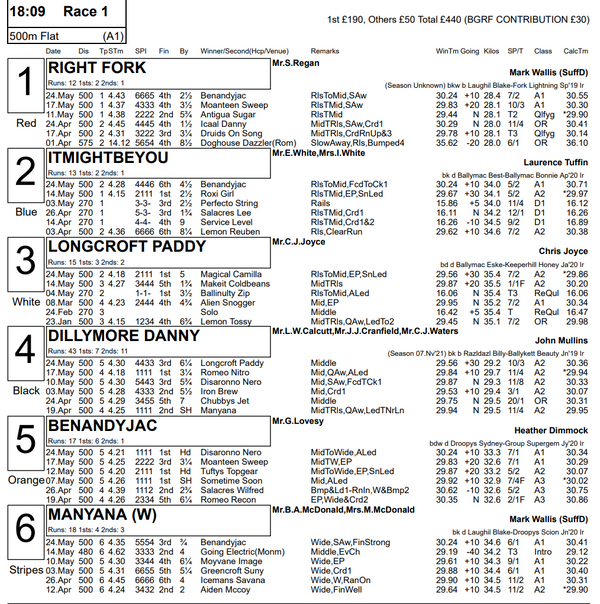