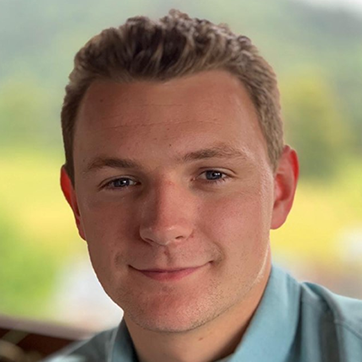 I started out working for the Racing Post at 15 and went on to work for the likes of Racenews and other leading racing publications. I currently work primarily in horse racing for Racing TV, but have an interest in all sports including football, cricket, darts, tennis and, of course, greyhound racing. I’ve been lucky to cover a range of sports during my career and my interest in greyhound racing stems from my dad and grandfather, the latter had a runner in two consecutive Greyhound Derby finals in 1980 and 1981. 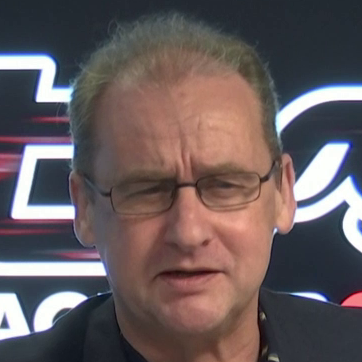 My initial work in television and greyhounds was, appropriately, for a channel called Gobarkingmad. Albeit a greyhound fan, it was a job I wasn’t qualified for and I continued to be underqualified for WHTV and RPGTV amongst others. My ‘blag’ has been aided by an ever-increasing admiration and adoration for the dogs and people involved plus an ability to generally say something whether relevant or not! 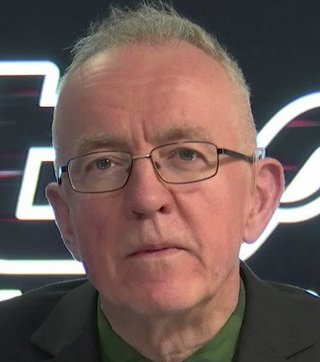 A member of post-punk band Ritual in a previous life, I have been involved professionally in greyhound racing since 1987. My first Derby final was watching Hit The Lid win in 1988. Have commentated and presented for SIS, Sky Sports, BBC, Live TV and RPGTV. I am passionate about greyhound racing and have been lucky enough to own several greyhounds. 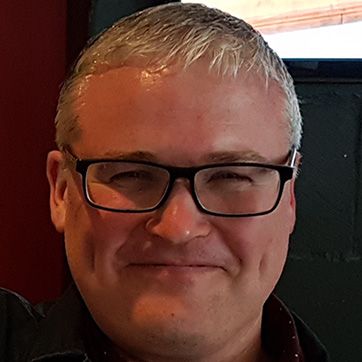 Family background in training greyhounds since the 1970s, worked for the Sporting Life from 1995 to 1998 then joined the Racing Post in October 1998 where I became Walthamstow and subsequently Romford correspondent. Former odds compiler, I currently cover all opens for Racing Post in addition to my duties as a pundit on RPGTV. Crowned Naps Champion in 2021. 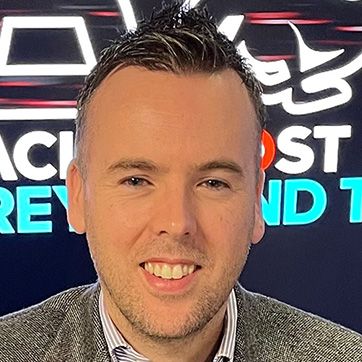 Worked at the Racing Post for over a decade contributing to the greyhound section, also writing a weekly column in the Racing & Football Outlook as well as presenting numerous podcasts.

Have been regularly attending greyhound racing for over 20 years, in particular at my local track Romford. Joined RPGTV back in 2013 as a first role in broadcasting and have since also worked for Sky Sports as a live reporter. 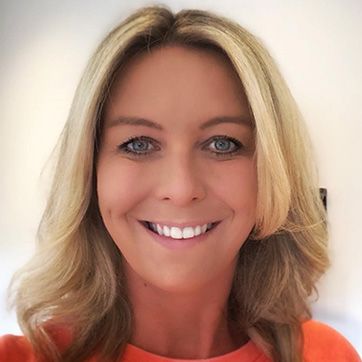 Started presenting and reporting on greyhound racing for Sky Sports in 2007 and have also worked for RPGTV, William Hill and Star Sports, as well as broadcasting in Australia. Through my work, I’ve developed a passion for greyhound welfare and homing ex-racing greyhounds, helping raise £250,000 for the Greyhound Trust in the main through a charity skydive I organised. I also have my own pet greyhound, Lola, who I adore. 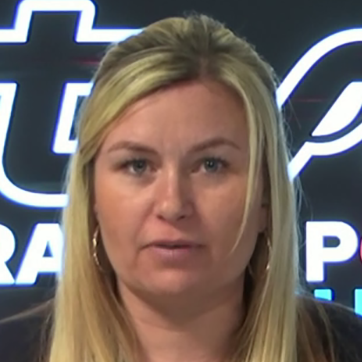 Currently head kennelhand at Orchard Kennels where I work with my parents Jim and Sue Reynolds, and we're attached to Crayford Stadium.

I have been around greyhounds all my life and worked with them from an early age. Some of my fondest memories were rushing home from school to get to Walthamstow to watch our kennel superstars Fat Boy Slim, Four Handed, Bold Mossy and Sensational race in an atmosphere second to none, I was hooked. 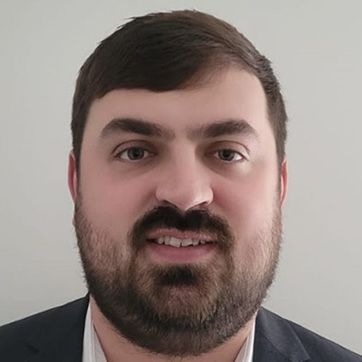 First got into greyhound racing when I was 15 going to Coventry on a regular basis. My dad then took over as general manager at Coventry so took more of a keen interest and got my kennelhand licence with David Beech when I was 16 before switching to Carol Weatherhall shortly afterwards, and have been with her since then. Started as an analyst for RPGTV in August 2021. 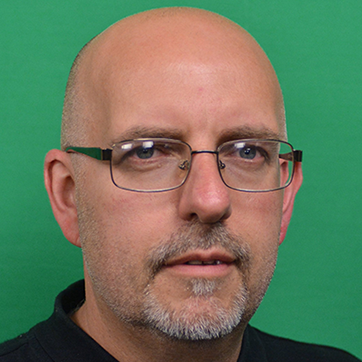 Joined Racing Post as a greyhound journalist in November 2000 having previously worked in management at London's Wembley and Catford tracks, while also moonlighting on the family bookmaker pitch at Wimbledon and as a track commentator. Owned dogs at various stadia and have also written for the Greyhound Star and Irish Greyhound Review as well as working as a broadcaster. 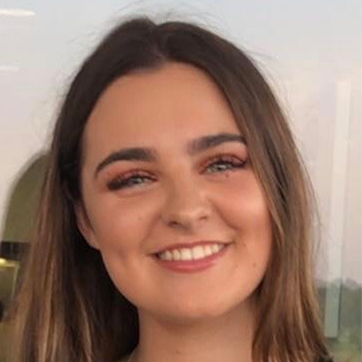 My involvement in greyhounds was bred into me with my entire family being involved in the sport. I first appeared on RPGTV in September 2017 as a guest before becoming a more permanent fixture the following January. I’m still a kennelhand and will regularly be seen at my local track, Sheffield. Outside of greyhound racing, I studied journalism at university and am a keen follower of Sheffield United. 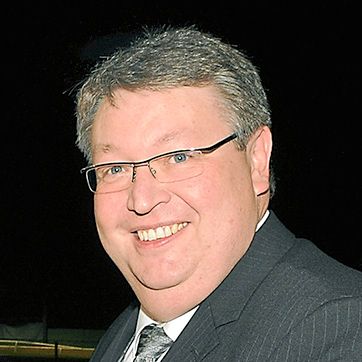 My background in greyhound racing stems back to my childhood as my parents were greyhound owners at Romford, West Ham, Bletchley, Hackney and Southend. I worked at Ladbrokes for 24 years rising to trading manager for racing across all global channels, with responsibility for company profit and pricing on- and off-course. I now enjoy being part of the RPGTV team, I also help out at Romford Stadium in the role of backup commentator and part-time assistant racing manager. Greyhound highlight undoubtedly the 2015 Derby victory of Rio Quattro, trained by Danny Riordan who whom my mother Margaret was assistant. 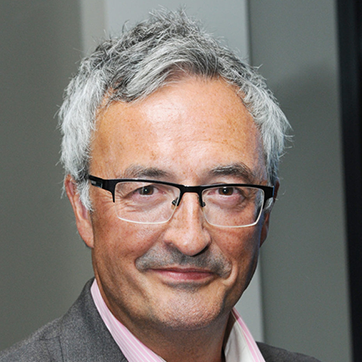 Over 30 years experience has a journalist and broadcaster. Have worked for the Racing Post and Daily Star newspapers, as well as Sky Sports and At The Races. Founder and editor of the Greyhound Annual for many years. A long-time greyhound owner, I love all sports and support Chelsea FC and Surrey CCC - a one-time 'fanboy' of Ali Brown but now colleague of his! 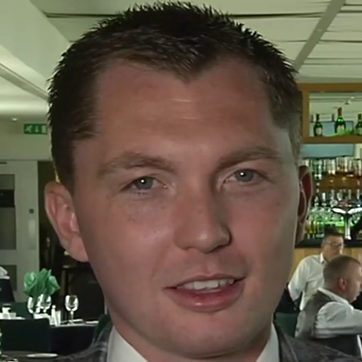 Greyhound racing is in the blood and I was attending not long after with various relatives' involvement include training, owning bookmaking. Poole was my local track and trips there often resulted in a letter home from school to ask where I was. In recent years I have worked as an analyst for RPGTV and also write on various competitions. 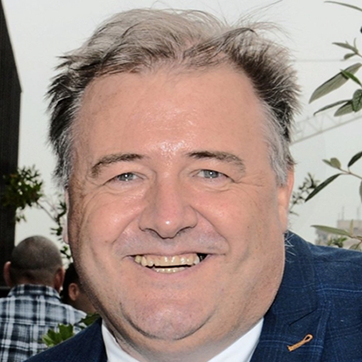 Journalist with the Racing Post for over 30 years and currently combine news duties with regular tipping both on the open scene and for specific RPGTV meetings. Have been with the channel since launch in 2011, appearing on the opening night as analyst alongside presenter Errol Blyth. Nap won at 7-2 that night and it's generally been downhill since. 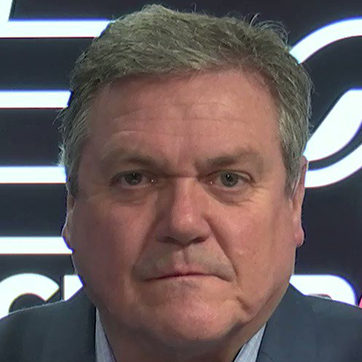 I first appeared on RPGTV representing Coral, subsequently as an analyst and now as a presenter. My first involvement as an owner began when I was 'hounded' by my late brother Robert to jointly own a puppy. I reluctantly said yes, however Sleek Me proceeded to win 43 of his 200 starts. I now also spend time at Romford as a raceday steward and commentator. Our sport is my passion. 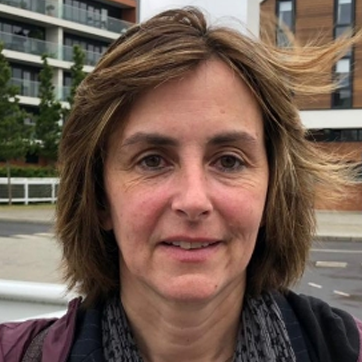 An owner from the late 1980s at tracks such as Hove, Canterbury, Wimbledon and Catford, my father had bookmaker pitches at various greyhound tracks. I worked on-course at Catford, Romford, Walthamstow and Ipswich and also stood as a bookmaker at Canterbury and Central Park. Was part of the then BGRB marketing committee, worked behind the scenes on Sky Sports greyhounds and was very lucky to be in front of camera for Channel 4 Racing. 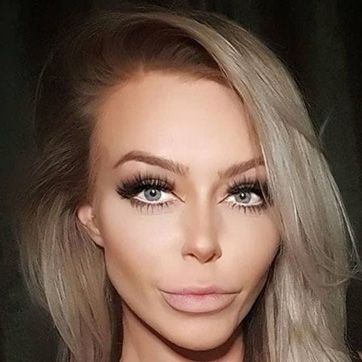 I pretty much came out the womb with a flat cap on and a dog lead in hand! I've been around greyhounds my whole life, as a child, working as a kennelhand for my dad, and then finally taking out my own trainers licence for ten years. After experiencing all the highs and lows of this beautiful sport, I've now taken a bit more of a back seat and am enjoying commentating and analysing races from the other side of the screen. 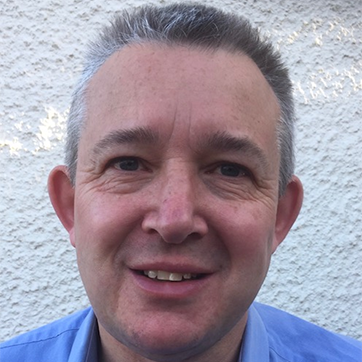 Over 30 years as a presenter, commentator and writer, covering both horse racing and greyhound racing. I love the challenge of finding winners and was the 2020 holder of the RPGTV Naps Challenge, though yet to take up the prize of a trip to Monmore! Also won the title in 2017, the year when Droopys Acrobat, in whom I owned a share, reached the Derby final. Currently have a leg in a number of greyhounds.